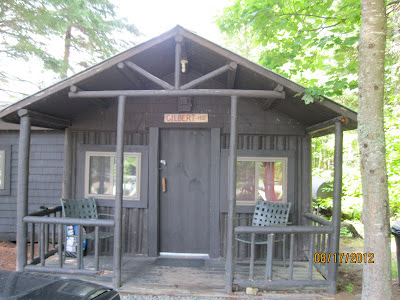 Last weekend, the hubby, pup and I headed to Sandy Mountain Cabins in Jackman. We were excited and eager to test out the fishing pole.

It was beautiful when we arrived on Friday! The camp we were in was unlocked and ready for us. Corey, the owner had left a note in the window of the door saying welcome, where we were going to be and that we would catch up later. It was clean, welcoming and wonderful. We quickly got settled and headed out to start fishing. 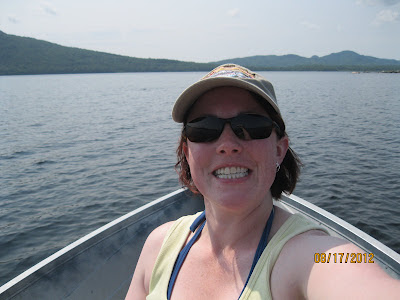 For some reason, I always take self portraits. I have them from my tree stand, and here when we are on the boat...

Anyways, Corey usually rents out motor boats but because it had rained the night before, he said that if we wanted to pump it out, we could just take it. Yes, please! 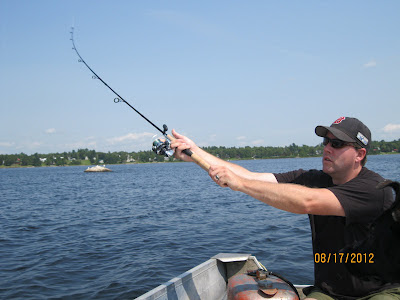 We had asked Corey where we should go to see if we could catch something and he gave us a suggested spot but also said that because the water/air had been so warm that it might be (probably would be) hard to catch something decent. But he gave us suggestions and we headed out there. If nothing else, we just wanted to start casting. I am brand new to this and Hubby has not fishing in a solid 10+ years. Beginners! 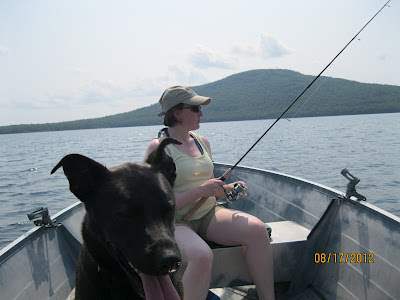 The pup was less than impressed with the boat. And the heat. She did not really know how or where to sit, what we were doing and why she could not be in the water as opposed to floating on it.


On Saturday it felt like fall and the wind picked up just enough that we were not willing to battle whitecaps on Big Wood Pond to go out fishing. Looking for something else to do, we went to the Information office and picked up some brochures. One was for Moose River ATV rental and their Red Eye Moose Cruise. I called and had to leave a message. We also drove to Cedar Ridge Outfitters since their brochure advertised horseback riding and guided fishing trips. The door to the house was wide open but they had some brochures outside and a note saying if no one was around to leave a note. We did not want to walk through their house looking for someone, so we left my cell number and info about what we were looking to do. 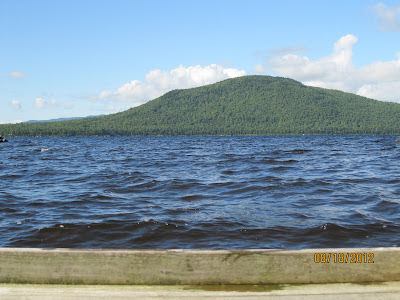 We headed back to the cabin to wait for the phone calls. We took the pup swimming and decided to practice our casting from shore and the nearby boat launch. This is where things turned into a comedy of errors. 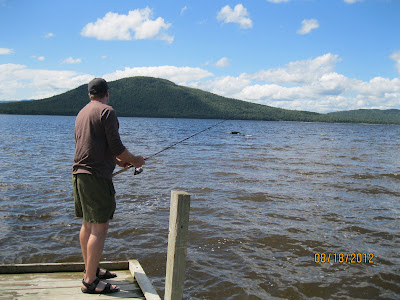 Corey had mentioned that the fish stay down where it is colder and with the water being so warm, sinkers would be a good bet. So we bought sinkers. And sinkers might have worked if we were back out in the middle of the pond. But near the edge... not so much. With the sinkers now on the line and some of my cool new lures. I tried a little, Hubby tried a little. Then it was gone. My first lure. Gone. The lure caught on the bottom and stuck. The swivel broke leaving half on the fishing pole and half in the water with my lure. 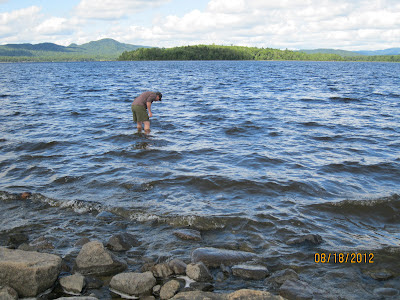 Thinking he might be able to see it, Hubby attempted to find it. But not to be outdone, we did it again and the line snapped taking everything attached but the sinkers. By the time we put the fishing pole away, we had lost two lures. 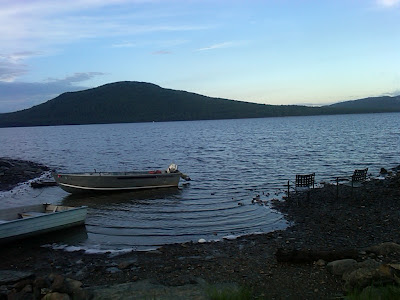 What we learned on this trip is that we should have done a better job of preparing. We went up to the cabins without having a plan, we just knew at some point we wanted to fish. Any plans that we did try to make just did not work out. Neither place called me back Saturday or Sunday. Cedar Ridge called me on Monday at 3:30pm and said that they had been gone for the weekend, no longer offer horseback riding and that it was really too warm to catch any decent fish. I should try back at the end of September. 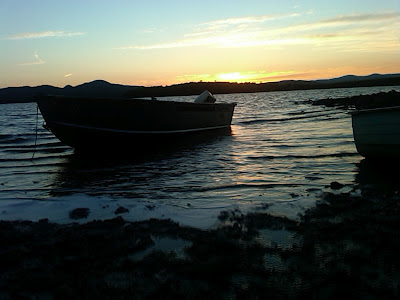 At some point, I am sure we will go back to Sally Mountain and when we do, we will be better prepared! But regardless, the sun, wind and beautiful scenery was enough for a relaxing weekend. 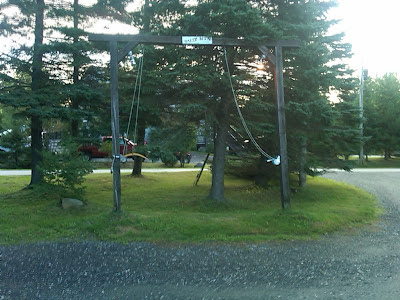 I had to take a photo of this! Inside the office is a wall of photos with big bucks from over the years hanging from this. My cabin was built in 1932 and while I am sure this has not been standing for that long, the thought of the stories and the deer that have hung here, made me smile.