Once King was sedated and out, Jake and Mitch got ready to pull the cubs out.  We stood closer to where they were in a semi-circle and watched.  Lisa explained what was happening and the fact that this was more than likely, the first time the cubs had ever seen day light.

Mitch put the first cub against his chest and let go.  The cub stuck to the wool jacket with it's claws, like Velcro.  Jake handed him the second cub  and Lisa stepped in to help.  As Jake got King ready to come out of the den, Mitch tagged the cubs in each ear, weighed and measured them and described them for Lisa to write down.

Once the cubs were tagged, they were passed around.  They smelled like dirt and were soft and cuddly like a puppy.  They were both trying to snuggle and get warm again but were not opposed to climbing onto our shoulders to look around and be in a higher position. 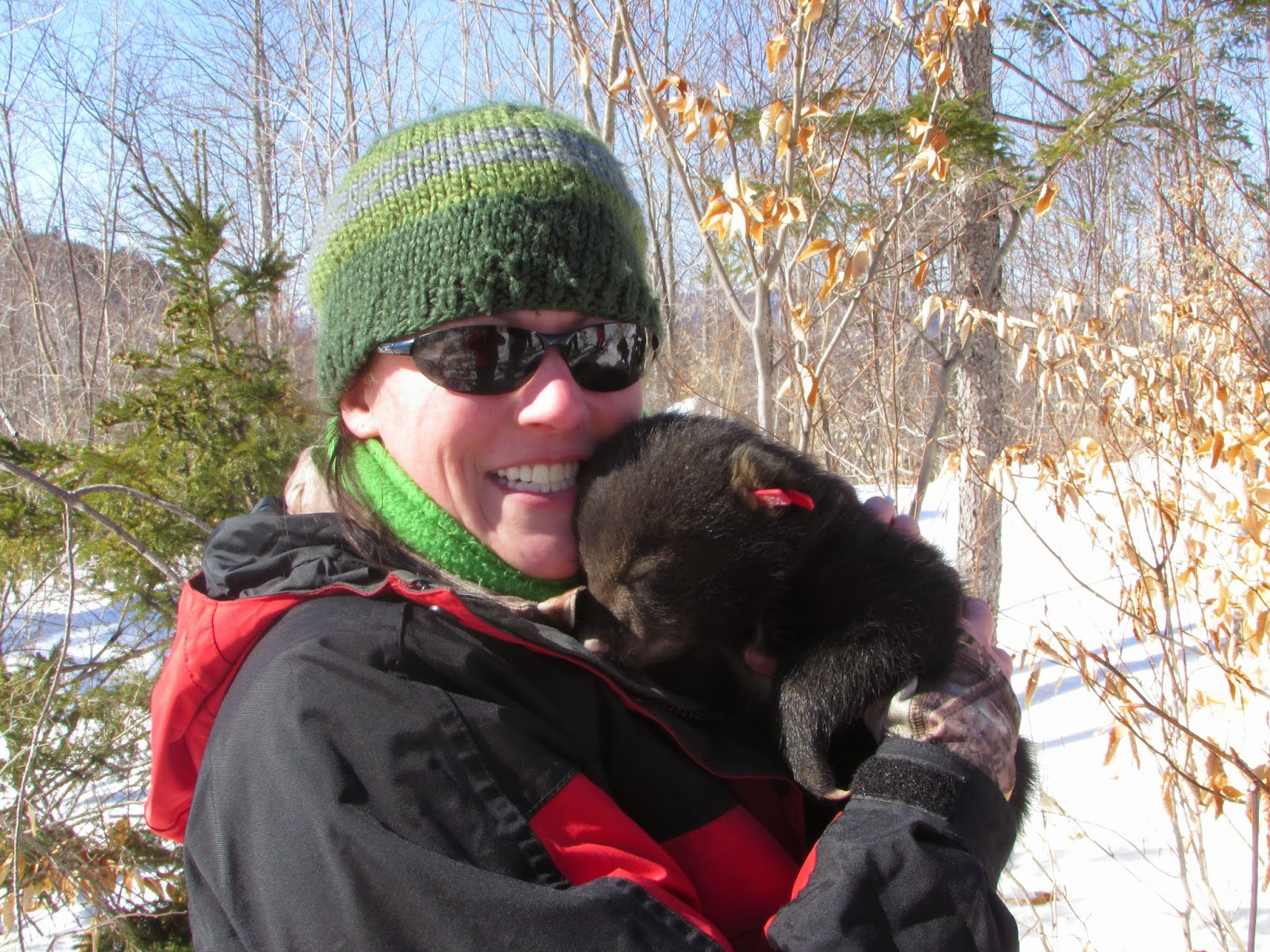 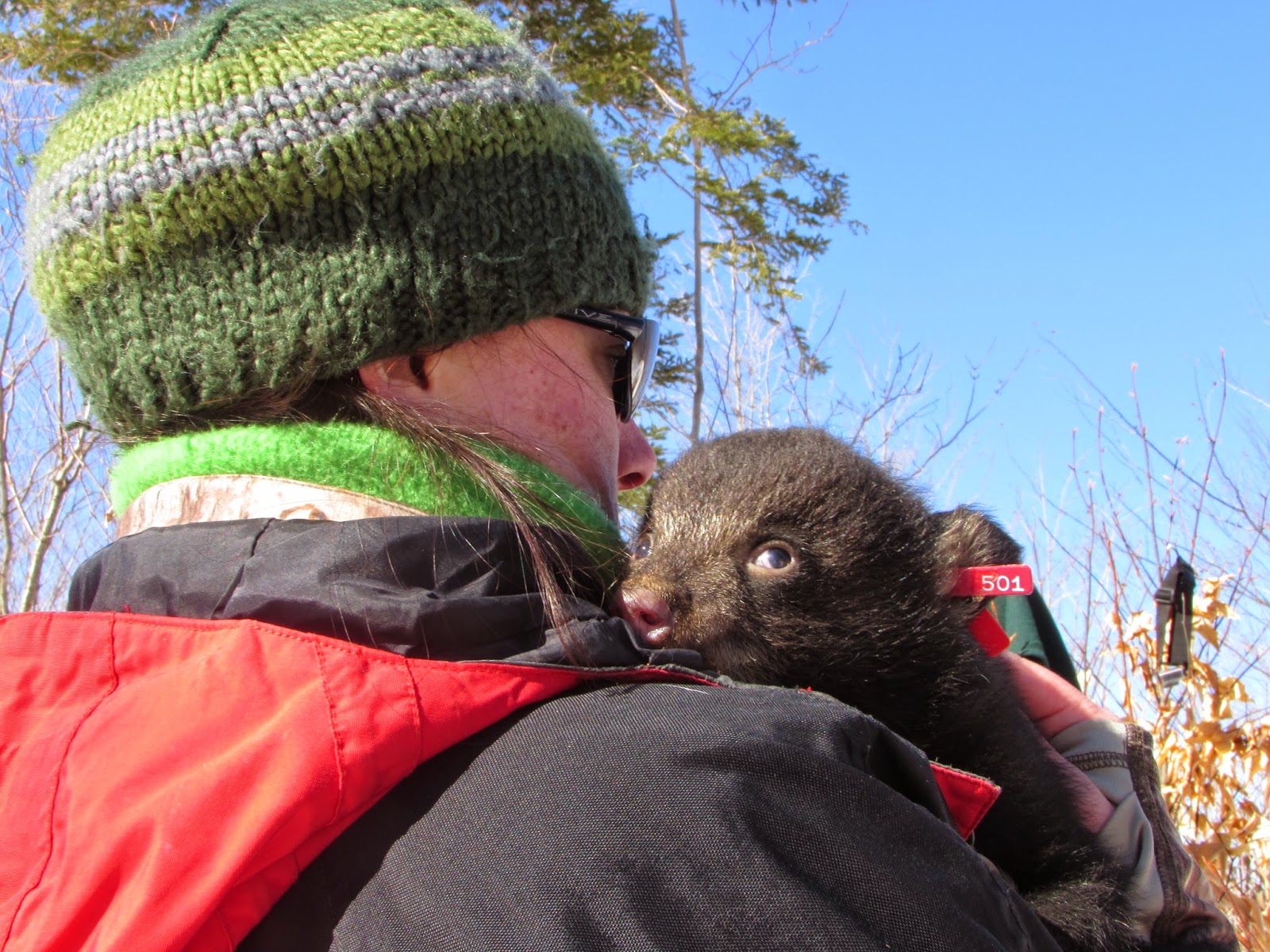 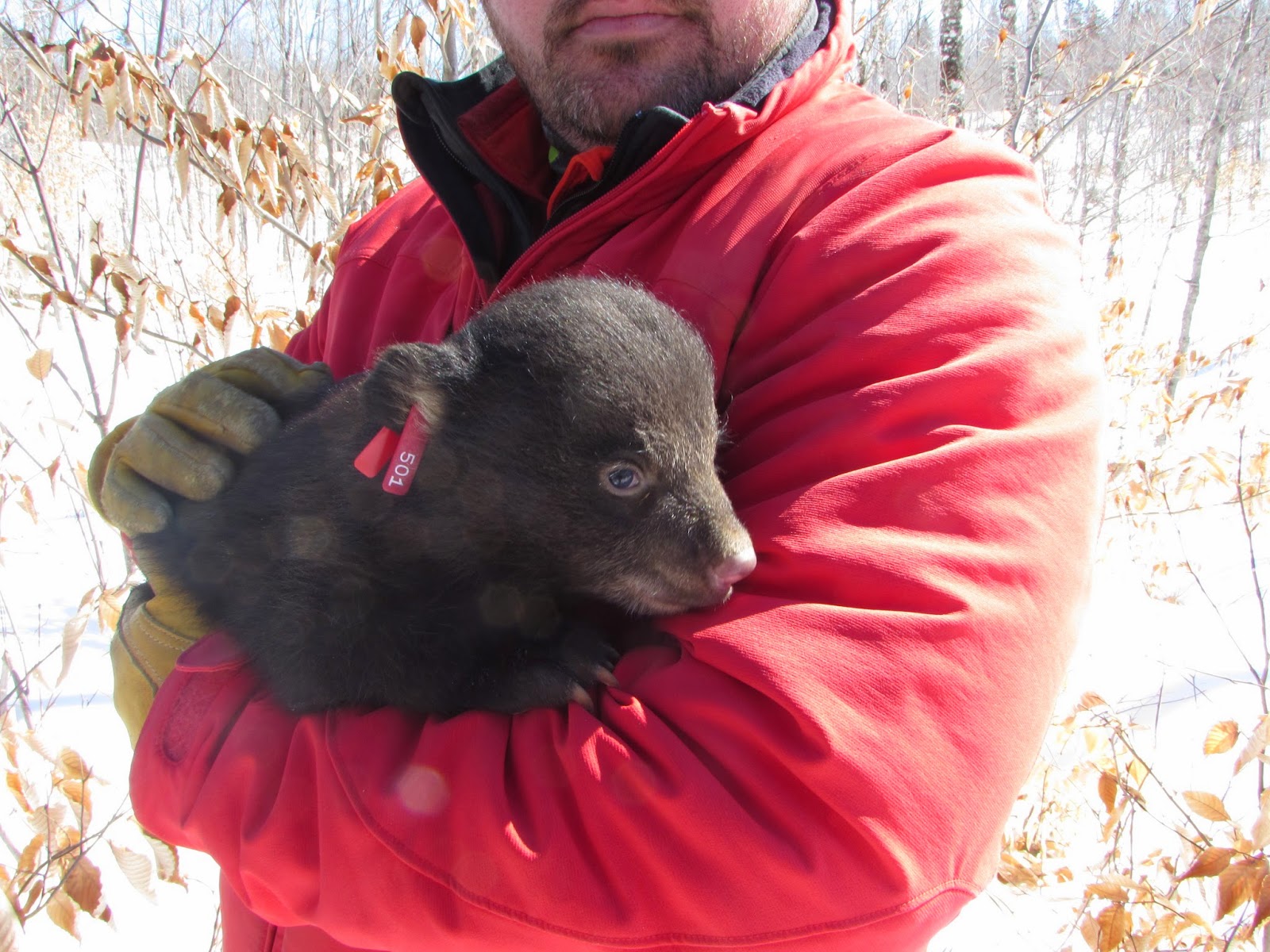 Finally, King was taken out of the den.  Mitch and Lisa weighed her (152lbs) and took hair samples, checked her teeth and her measurements.  They also replaced her collar so that she would have fresh batteries for the next year.  Jake gathered soft wood branches to help insulate and clean the den a little bit before we had to put the bears back.

King looked healthy.  She had thick, long hair like my bear did and she had a beautiful white blaze on her chest.  I couldn't wait to get my photo taken with her.  I had to maneuver my snowshoes so that I wouldn't bump King while I got behind her.  I was struck by how powerful she seemed as I held her head and paw.  Every time I sat there in awe of her, my thoughts were broken by her inhales and exhales.

Even when they talked about the bears acting up when they check the dens, it is clear that all three of them love their job.  Lisa was able to name generations and generations of bears throughout the study areas with such enthusiasm and passion.  It was hard not to be just as excited.

At one point, Lisa brought up a conversation that she had with a friend of hers who asked how she could hunt an animal that she works so closely with.  Lisa explained that she has seen bears that have been killed by other bears, have been hit by cars, had horrible cases of mange and were dying of starvation.  For her (and me) letting a bear live a full, healthy and complete life and then die a quick, sudden death - and feed a family - is much better than suffering.  I couldn't agree more!

Jake mentioned that King was moving her eyes and we all knew that it was time to pack it up and head home.  We got our things and started down towards the snowmobiles while Jake, Mitch and Lisa put the bears back in the den and covered the hole up.  The trip from the snowmobiles and back to the truck seemed to go twice as fast as it took us to get into the woods.

It was an incredible day out in the woods and we were able to do something that few people do.  As a new bear hunter, it meant even more to me.  I am lucky to have had the opportunity and be able to spend the day in the Maine woods with some of the best bear biologists in the Nation. 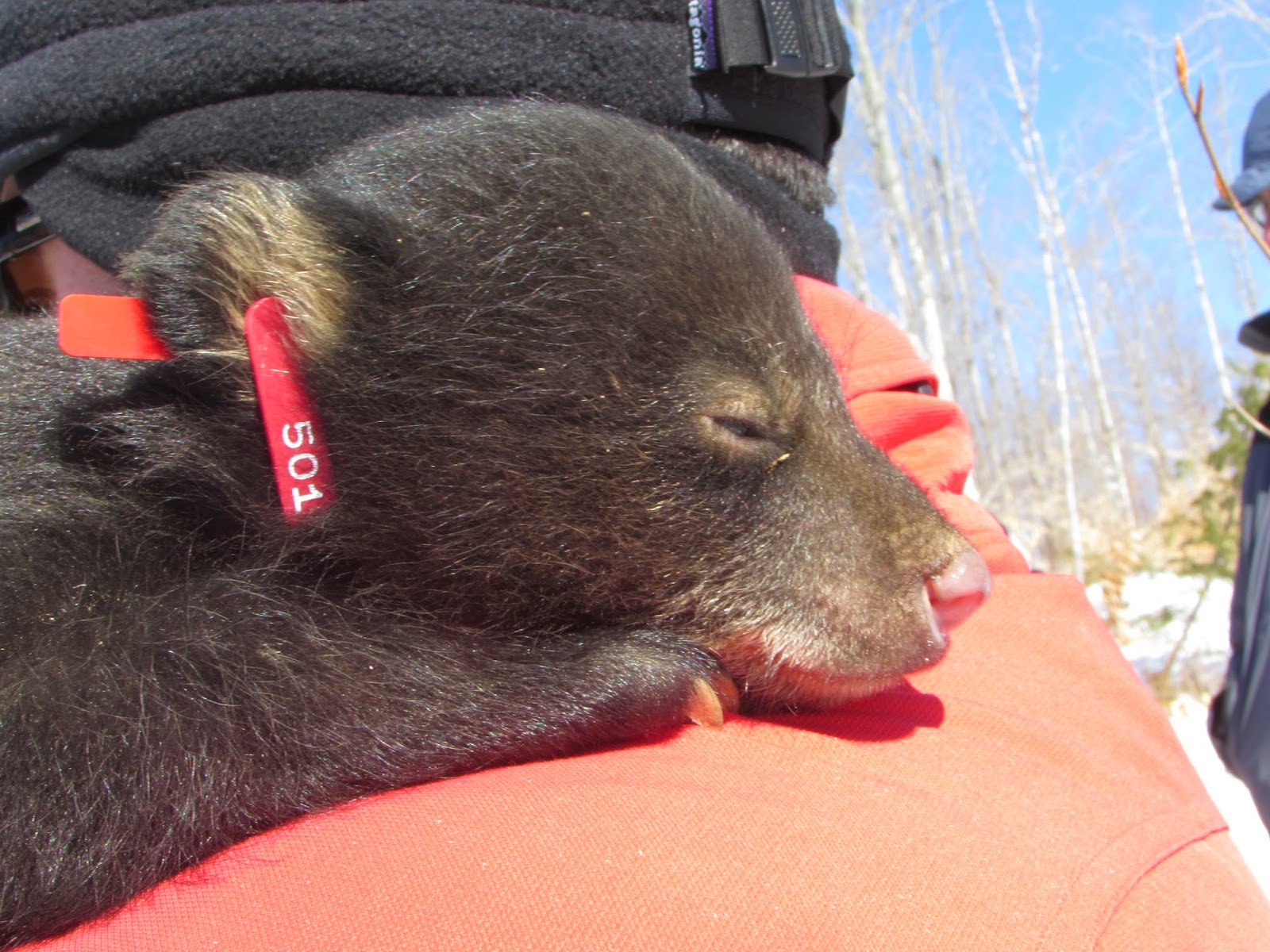