The bears are back

August 24, 2015
I shoveled bait from a 55 gallon drum into five gallon buckets and we loaded up the truck. Eight buckets of assorted types of bait, two buckets of disgusting beaver and some secret ingredients and we were off to check the bait sites for the 2015 bear hunting season!

Steve and Lorri had set up the two bait sites a few days before and we were eager to see if any bears had found the sites.  The monsters from last year were not killed so we knew that there would be some big bears around. We hiked into Site 2 first and carried buckets and tools in.  Steve led the way and we anxiously kept peaking around the corner to see if things has been moved.  They had!! We dropped the supplies and did what almost every hunter does - check the trail cameras! 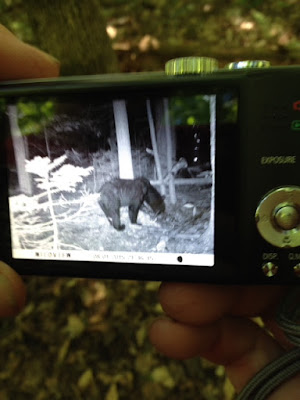 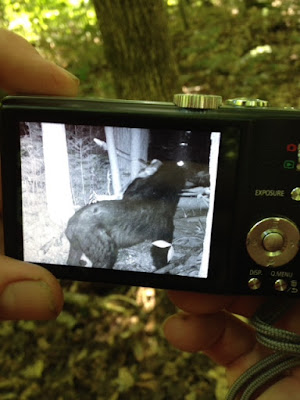 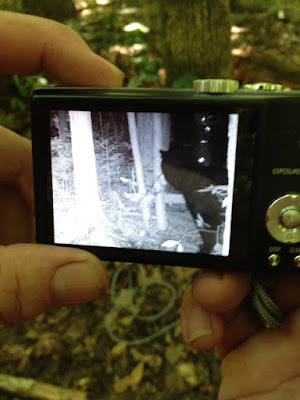 At least two different bears had come in to check the bait.  The 55 gallon drum that is hung up with cables is about three feet off the ground.  Any bear whose back is at least that tall, is a shootable bear.

We modified the 55 gallon drum so that it was a little more stable, refilled it and refilled the two milk crates that are hanging on either side of the drum.  We put the memory card back into the trail camera and headed to Site 1 to see if we had had any hits there. 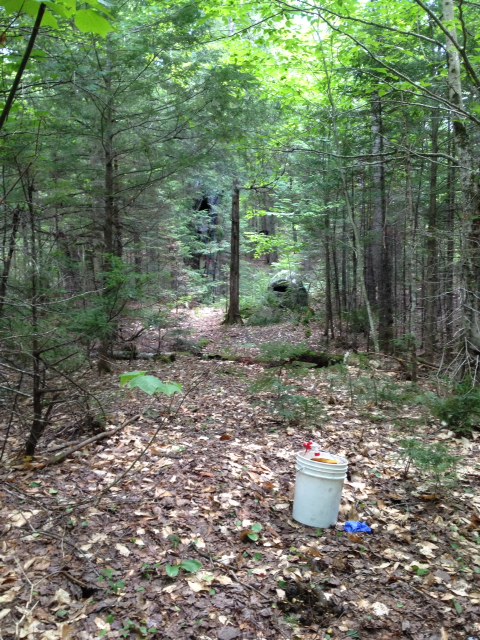 The new site 1 is a little further in the woods that it was last year but there were plenty of bear sign around! Including this fresh pile that was filled with apples.  None of the bait from the barrel had been taken but it was clear that there were bears around.

When we looked closer, we could see that one of the milk crates was almost totally empty!  We eagerly looked at the trail camera to see if it was racoons or a bear.  What a surprise! This beautiful bear is standing on it's hind legs and is easily eating out of the crate that is hanging about 6 feet off the ground. Also, it is during daylight which is what every hunter wants to see.  Typically, bears stay nocturnal so when you get photos during the day, that is (hopefully) a good sign. 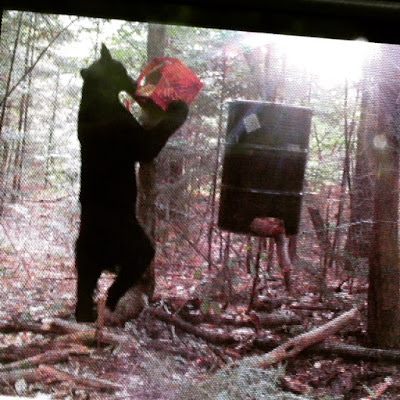 Two sites and two successful hits from local bears.  We have one week until the season opens and hopefully, there will be a few bears taken this fall!