If you love deer, you need to hunt coyotes

A few weeks ago, we went back to the same spot.  The coyotes had been staying close to the bait pile and their well worn trail ran just behind the shack.

When we got there, the wind was blowing and the temperatures were dropping.  It was a lot colder than it had been last year and for some reason, I had forgotten by good hunting boots and had to wear my 'normal' winter boots which were not big enough to get two layers of socks in.

There were fresh tracks when we got to the shack, which was promising. Steve set out the rabbit decoy and call and we got settled in.  I kept hoping that it would be like last year and one would come right in.  The full moon was two nights away but it was bright enough that we planned to have some decent lighting.


We waited about a half hour then started to call.  I was prepared for that awful rabbit call and between that and the mating female, I was on guard and hoping that we would get a reply. Before too long, we did!

The entire pack called in response to the female call.  We called again and waited.  The pack waited.  It seemed longer than I am sure it was, but they called back a second time and were closer than before.  We listened and watched, looking for one or more coyotes to come into the field.  I would lean forward to look at the same spot where I had found my coyote the year before.  Nothing.

The temperature kept dropping and the response from the pack had stopped.  They were around, but not interested in checking out the decoy - or they came into the field where we could not see them, didnt see a coyote (even though they could hear one) and decided to leave.  Either way, we called it a night earlier than we had planned and headed for a vehicle with heat! 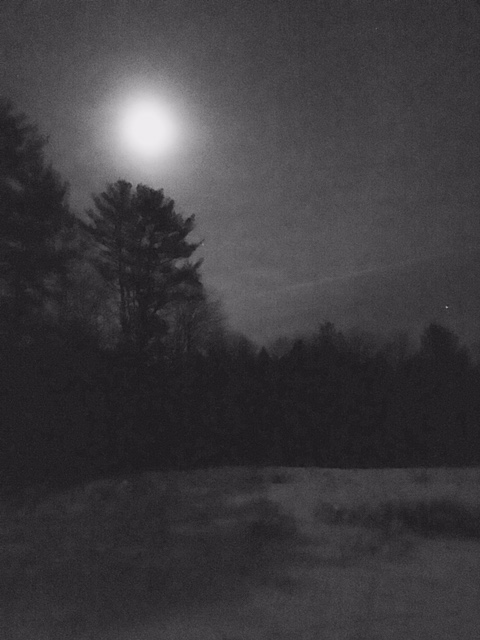