To hunt a huge buck, you need to think like one

March 14, 2016
That is our mentality as we drag that target outside each weekend and measure out distance in the snow.

For three years, I have been after this huge buck and he has stayed nocturnal.  After this past rifle season ended and Dad stayed in the woods with his muzzle loader, he saw the deer pattern back to their pre-rifle ways. They were back to traveling the paths that we assumed they used and they were coming out earlier and earlier. Dad didn't shoot a deer but he saw the small buck that we had around and a few does.

For the first time, it was blatantly obvious that rifle hunters were moving these deer around.  While we had been toying with it, it was clear that we needed to get into archery to try and get the upper hand on those deer.

Hubby is WAY better than I am right now and he can pretty much call his shot and hit it.  He is working on his distance now. I am back at the start, trying to figure out how to get my sights just right and work on arm strength.  That is my biggest hurdle; being able to hold the bow steady before, during and after the release like I do with my rifle. 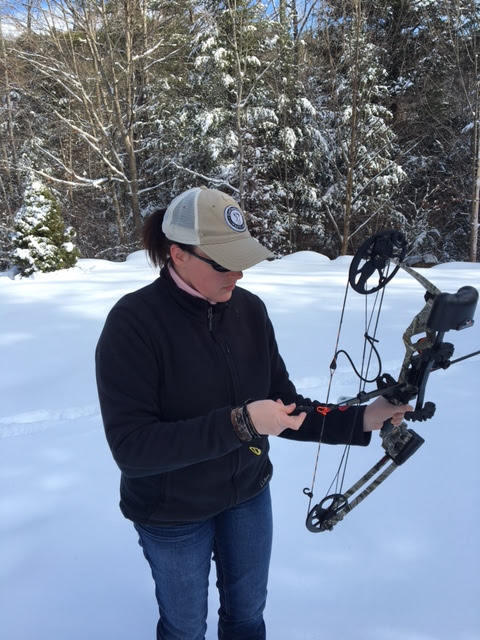 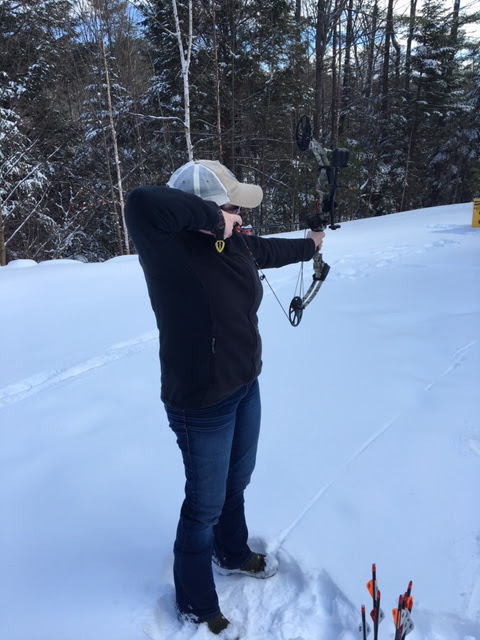 I still have not found my arrow but Hubby lost two of his (I recovered one for him) so now we are both down to 5 arrows and hoping that the snow melt will reveal our missing arrows.