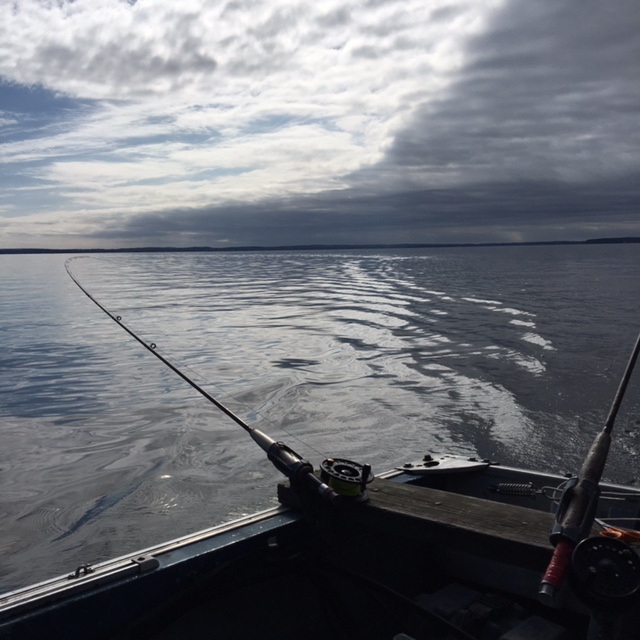 We need choppy water Steve told me when we had first started fishing together last year. The breeze off of the lake wasnt as bad as we had thought but it was enough to get a little chop going and keep the temperatures cool.  We were the only ones at the boat landing that morning.

I was ready to redeem myself after last year's trip resulted in a salmon throwing the hook and swimming away. We set up the three streamer lines and headed to the honeyhole to see if we could get a bite.  We didn't spend too much time trolling before Steve yelled, "fish on!' and I jumped up to grab the rod and started reeling the line in, making sure to keep the line tight and the tip up.

The water was cold  but I was surprised by the lack of fight that I had expected and remembered from last year.  Maybe it's the fact that I routinely lift a 30+lb toddler.  As the line changed and the leader ran through the first eye hole, I could see the fish coming to the surface.  For a few seconds, it swam parallel to the boat and we could see the Grey Ghost hooked in its mouth.

Steve and I switched spots and he got the net ready to scoop the fish out of the water.  He asked if I wanted to keep it, as the daily limit is one salmon, and I said yes!  that was dinner on the other end of the line. Within a couple of minutes, the 19 inch salmon was dead in the back of the boat. 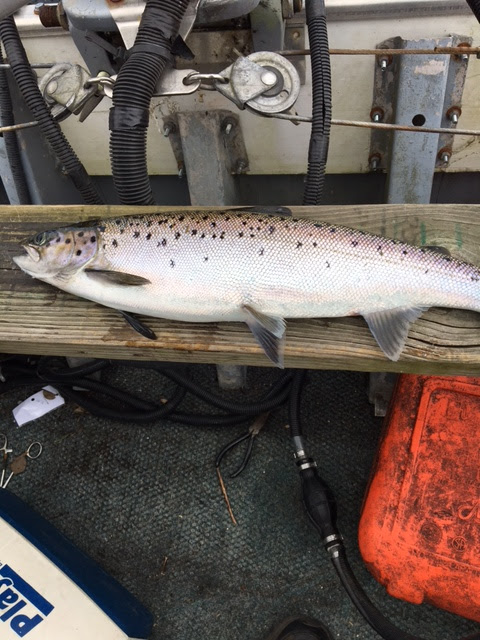 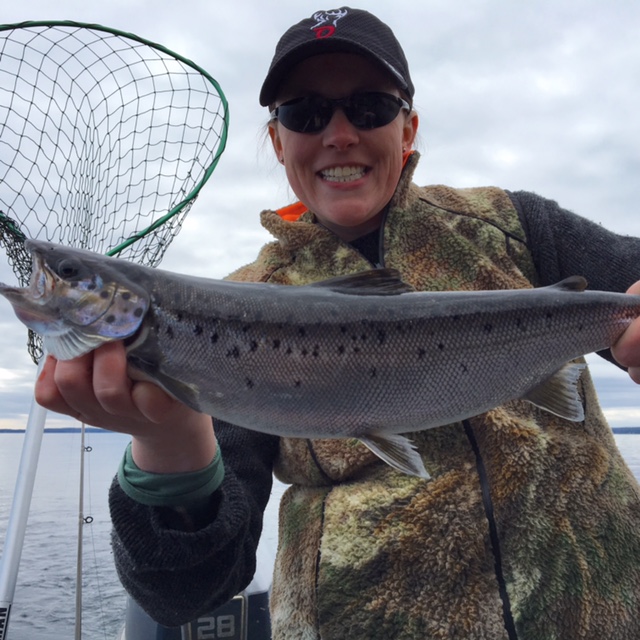 We continued to fish and had a few more bites but Steve wasn't interested in keeping a salmon for himself and no trout were biting.

Before we headed for shore, Steve handed me the knife and told me to gut the fish. I tried to get him to do it but he wouldn't let me get off that easy.  I pushed the knife into the fish's belly and a bloodied bug walked out of the fish's mouth. Then another. As a mom, I've caught puke in my bare hands and somehow these very much alive bugs crawling out of my dead fish's mouth disgusted me. I asked Steve to take over gutting the fish and he just laughed, "com'on killah, you can do it." 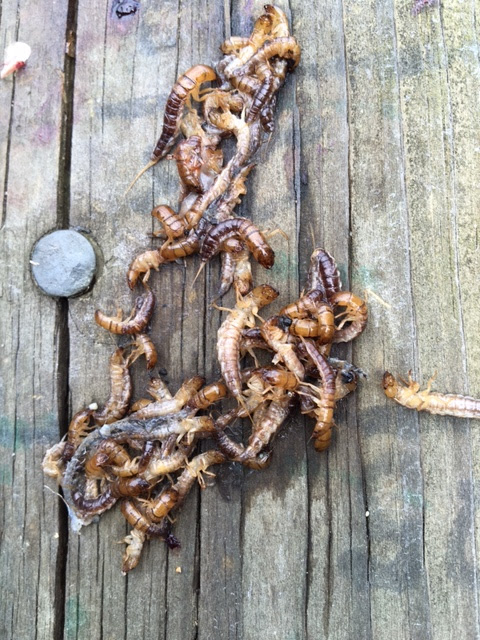 I somehow got through it and had Steve help to pull the insides out.  In the fish's stomach, was a pile of these bugs (which Google said are May Flies) which started to come alive once they were free from the inside of the fish.  That just grossed me out even more.

I am lucky to have such great friends who take me out fishing and help me become a better outdoors woman. The weather was perfect and I was able to bring home dinner for Hubby and my son. You can't beat fresh caught fish!