August 08, 2016
When I woke up, I had gotten two and a half hours of sleep in the past 24 hours.  With the time change, I knew that I had to trick my mind into thinking that it was like any other morning and that with copious amounts of coffee, I would be able to function.  I had to; I was going fishing!

It was just me and the guys, heading to the Russian river to try our hand at salmon fishing.  Some had fished before and knew the Alaskan river well.  Some of us planned to just do what we were told.  We loaded up the waders, some lunch and fishing poles and drove two hours south. 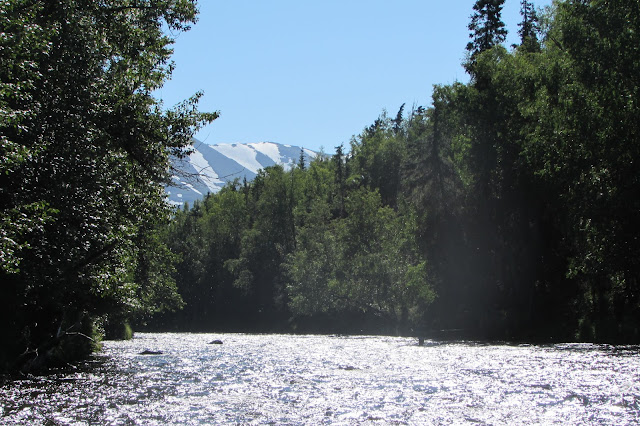 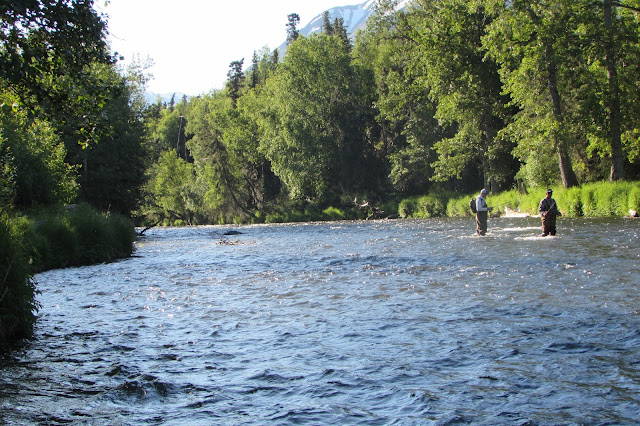 It was a beautiful day! Warm but not too hot and no bugs.  We were using regular fishing poles with a hook but instead of a fancy lure or a fly, we tied pieces of bright yarn to the line. I was told that the goal was not to appear to be lunch but to annoy the fish enough that it bites.

The water was only a couple of feet deep and more often than not, never rose above my knees. That worked for me.  The hard part was casting.  The current kept a constant pace but because of the water depth and the lack of weight on the look, you had to use a fishing pole and cast like it was a fly rod.

I found a guy later in the day who knew what he was doing and had fish on every other cast, it seemed. He was using a fly that was specifically for the river and it seemed to be working.  I watched as he caught a salmon but because it was not hooked in the mouth (he caught its back), he had to release it back into the water and try again. 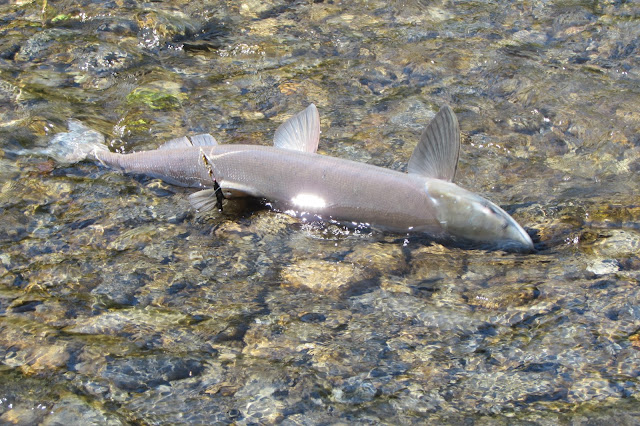 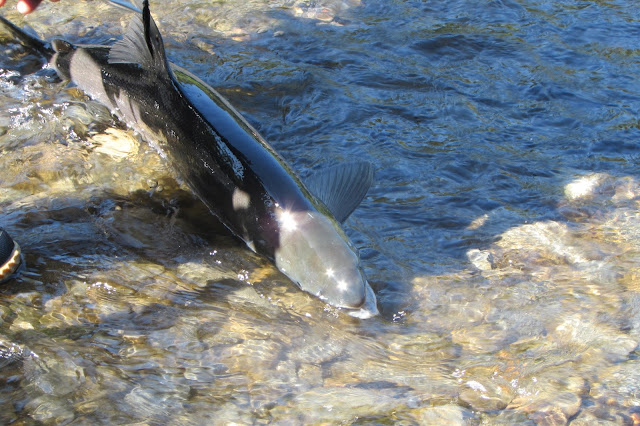 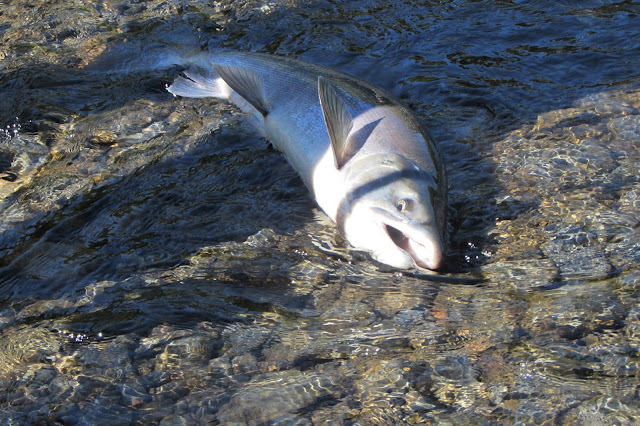 These pictures are of the only live salmon we saw all day.  They are big, ugly fish that, I am sure, would have tasted amazing had we caught one. 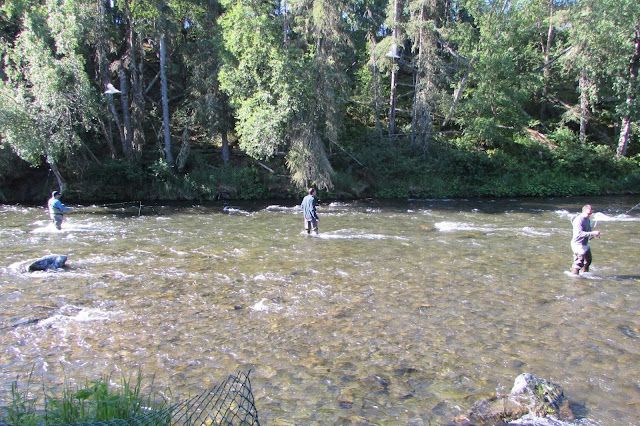 But, is there ever a bad day of fishing when you are in Alaska?  I was lucky to have had the chance to experience birds and a bear while fishing for salmon. And that is good enough for me.