Did she just yell bear?

August 04, 2016
The only other Mainer on the trip, the bride's brother and I were walking down the wooden pathway to see how far we could go to not have a bunch of fishermen in the water. The answer was; not possible.  We hit the stopping point and started backtracking to find our group.

We hadn't gone too far when we heard a women yell something.  I turned to Ben, "Did she just yell bear?" The friends that we were fishing with us had warned us about bears coming down and taking fish (which is why you must always keep you fish inches away from you at all times.)  I wanted to see a bear. I was so excited and pictured this fantastic brown bear emerging from the trees as I dropped my fishing pole and got my camera out.  The fishermen in the water were slowing backing away from the opposite bank.  This was it! I was going to see my first brown bear!

Then, a black bear waddled down to the water.  I was disappointed.  Happy that I was watching a bear, but I can see black bears in Maine.  Still, this was an Alaskan black bear. 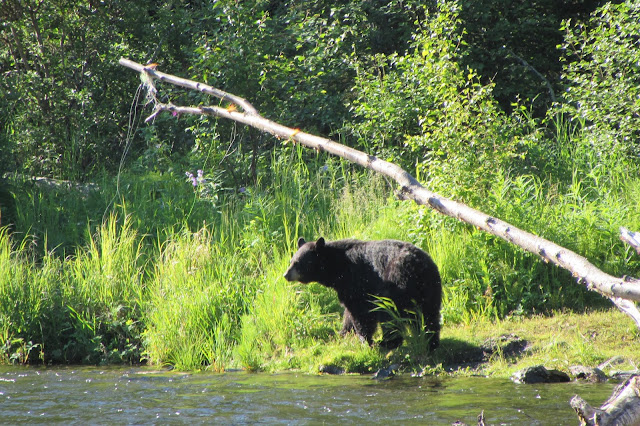 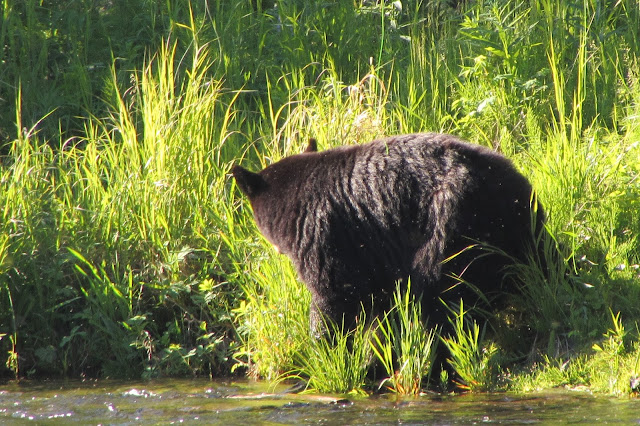 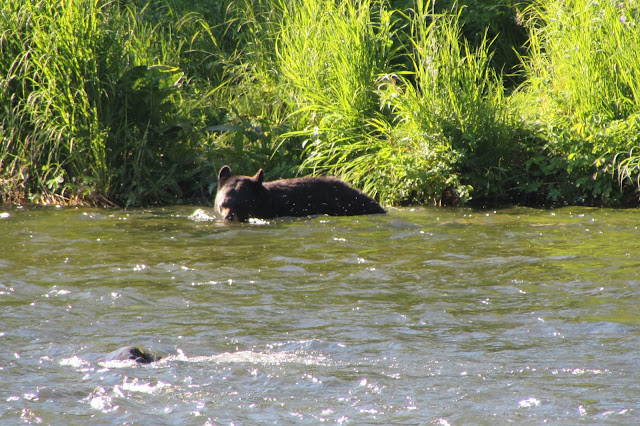 The bear did not seem to care that there were people around (unlike Maine bears that would have been long gone) and went about its business of trying to find some salmon bodies floating down the river. Realizing there were not in this area, the bear got out of the water and made his way back into the woods.

Ben and I continued back towards our group, talking about this bear and the bears back home. We rounded a corner and heard a couple of fishermen yelling at us. I waved and said hi. Yes, we had seen the bear.  When they started pointing, Ben and I realized that the bear was currently 30 feet away from us. 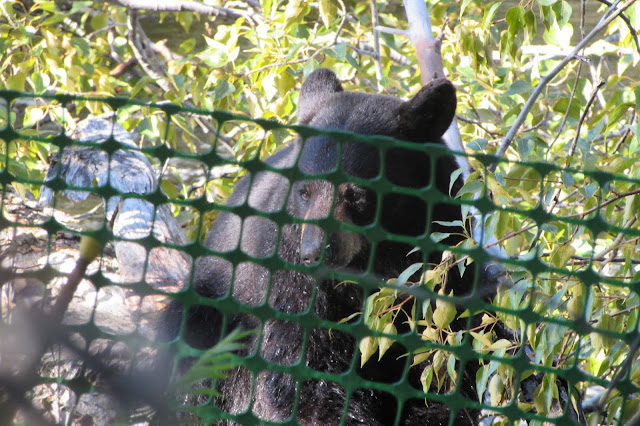 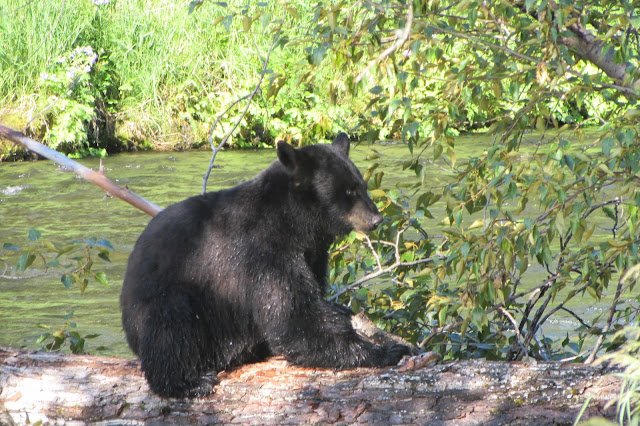 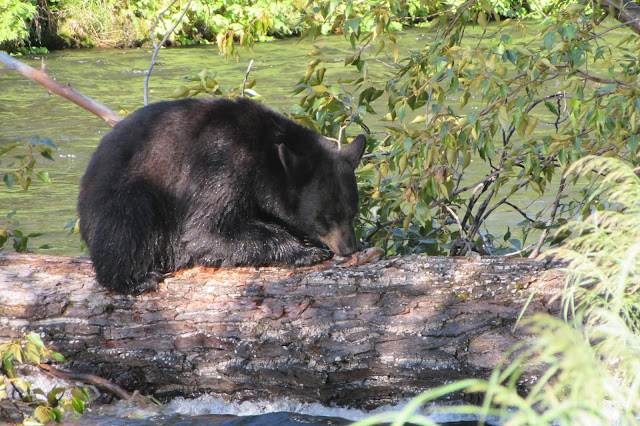 The bear had been successful in finding some fish leftovers and had climbed onto a fallen tree to get out of the water and eat.  We stayed on the boardwalk with that plastic safety net between us and the bear.  Within a few minutes, the bear got sick of being an attraction and pivoted with its fish and headed back to the opposite shore.

When Ben and I reconnected with our group, they had heard about the bear being sighted but had only seen him when he was leaving to go back into the woods.  I was pretty excited to have gotten some decent pictures.  It wasn't a brown bear, but I will take a black bear over no bear any day!