June 29, 2018
I had just called in for a radio interview when I saw something land in a tree across the yard.  I could tell that it was larger and lighter than the birds that are usually around.  I held the phone to my ear and answered a few questions while getting my camera out, sliding the screen door open and frantically trying to snap a photo and then show it Hubs so that he could take more photos while I went back to my interview.

It was a beautiful Barred owl.  It flew away after sitting there for more than 30 minutes and I didn't get a chance to see where it went.  A few hours later as we were getting ready for bed, we heard two Barred owls calling back and forth, one was close to the house and the other was further into the woods.  Each night for the past week, they have been calling at dusk. I've tried to record it, but the swarm of mosquito that gather at my back door waiting for me, have kept me inside.  Maybe the next time I hear them! 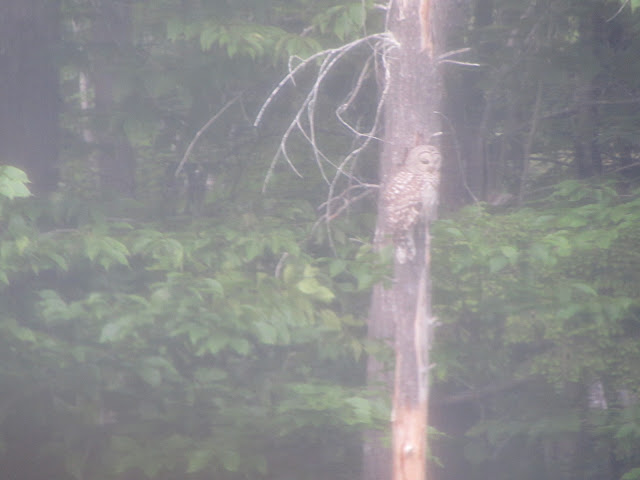 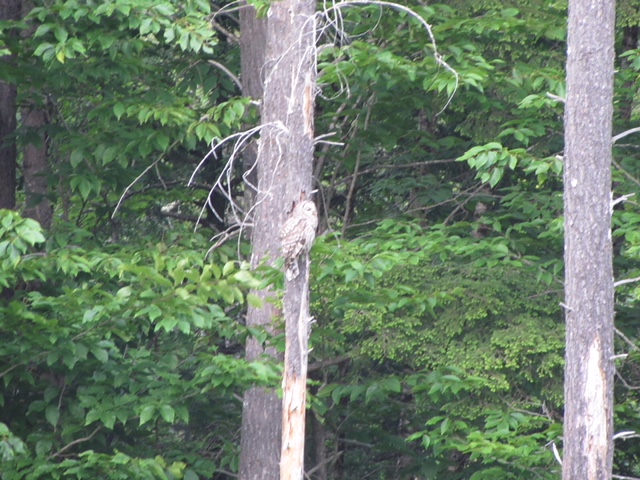 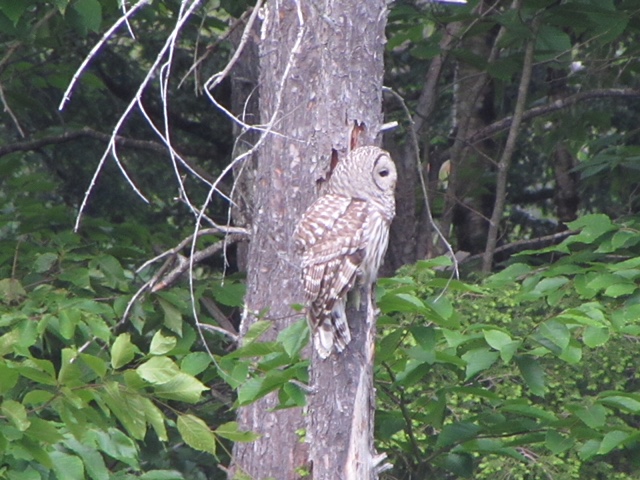