December 13, 2019
Week three in the woods offered up a change of pace: fresh snow!

I wasn't in my stand for more than a couple of hours when I saw movement off to my left.  It was a doe.  Her head was down and she was smelling something.  I watched her slowly walk down the same road that I had taken in.  She rounded the corner to face the stand and stopped.  She lifted her head and looked in my direction.  She didn't seem nervous but she wasn't sure if she wanted to keep going.  After a minute or so, she turned and headed into the woods.  I crossed my fingers that the big buck would be following her.  And there was!!!  But the little spike was not the one that I was after. 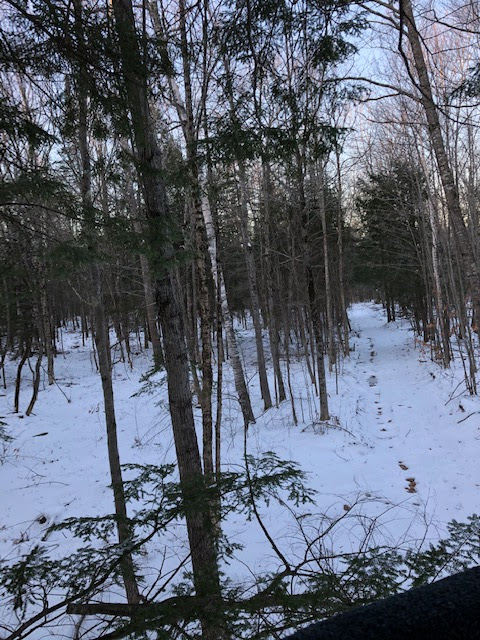 When I changed stands and searched for tracks, I realized that what the doe was doing was tracking me!  She walked in almost every footprint that I made from the field into the stand. 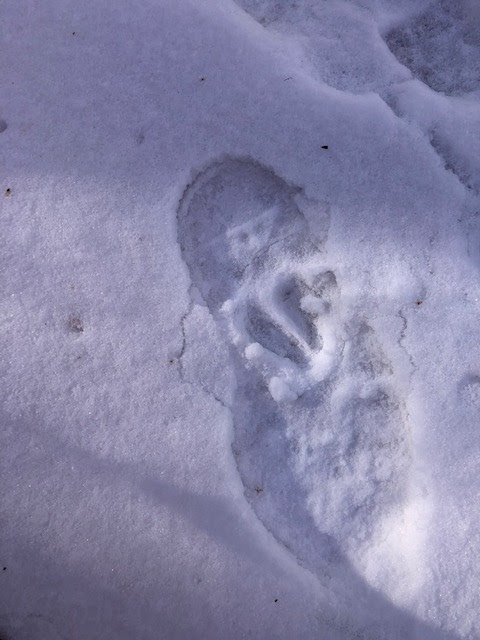 There was still no sign of the big buck but with the snow, we were optimistic.