Finding sheds in the Maine woods

May 21, 2020
I noticed the black against the white trees, "moose!" I called out to Lee.  Eating along the side of the logging road, she was spooked by our approaching truck and disappeared into thick sapplings before I could take a picture.  I took it as a good omen that today would be productive.

Snow in May is not unheard of in Maine but the few inches that had fallen the night before, would not make shed hunting an easy task this morning.  I was still excited and the break from quarantine life was welcomed.  The fresh Maine air can reset anyone's state of mind.

We walked down old skidder trails and split up to cover more ground.  Snow fell from the higher branches as the sun began to rise.  I had been walking for just a few minutes when Lee came to find me and had me backtrack on to the road that he had been on.

"Walk right down this trail and look inside the tree line" Lee instructed me.  He had already found the first shed of the morning amid two inches of snow and blazing sun. I walked slowly and looked for a piece of what could be an antler.  It was easy to spot.  The entire antler looked like it had been placed up against the side of a tree. It was last year's shed and we were on the board before 8am! 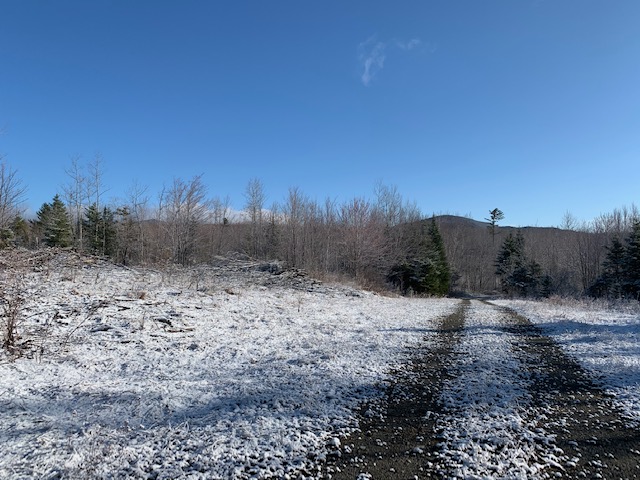 Throughout the morning, we would pick old trails, split up and walk.  The sun grew warmers and the snow continued to melt away.  I continued to look for antlers within the tree line, in the paths and in any smaller trails that broke away from the main trail that I was on.

On our way back to the truck before lunch, we walked along a stream.  Mid-sentence, Lee stopped.  He didn't say anything.  I looked around.  In front of us was an unusual green arch.  It was partially in the water and covered with moss.  I dug it out.  The antler was large and a piece of the palm had been snapped off.  "Bears will do that," Lee explained, "just like porcupines and mice, they want to get the minerals that are in the antler."  We added it to our pile. 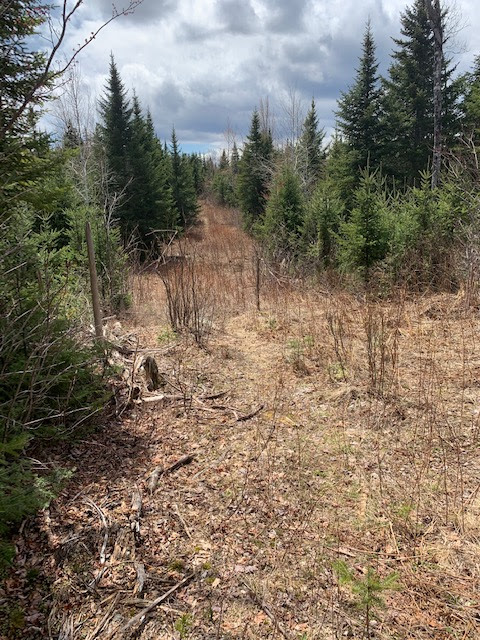 I tried not to overthink things as I searched.  I looked for white against brown.  On a side trail, something caught my eye.  It was bright white and hidden under some softwoods.  It was not an antler but deer bones that had been bleached by the sun.  I grabbed them and kept looking for sheds.

The hours passed and we had collected two new sheds, two old moose sheds and one old deer shed. A decent haul for a day in the woods.  And I was able to learn a few tricks and tips as I walk my property looking for deer sheds. 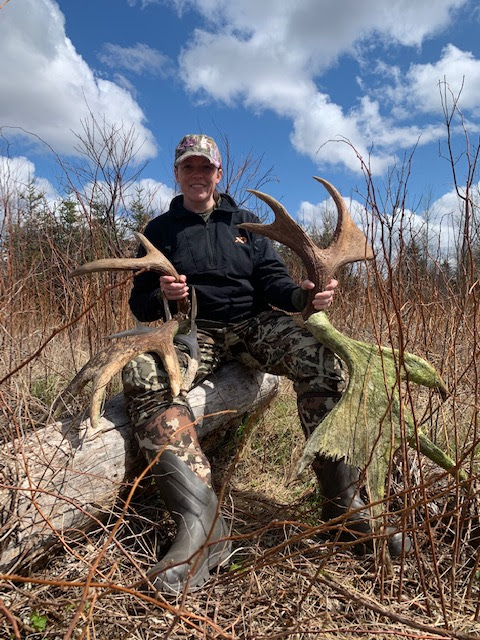